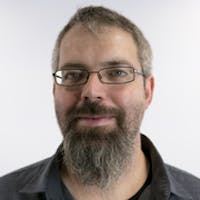 Marco Domenico Santambrogio is an Assistant professor at Politecnico di Milano and a Research Affiliate with the CSAIL at MIT. He received his laurea (M.Sc. equivalent) degree in Computer Engineering from the Politecnico di Milano (2004), his second M. Sc. degree in Computer Science from the University of Illinois at Chicago (UIC) in 2005 and his PhD degree in Computer Engineering from the Politecnico di Milano (2008). Dr. Santambrogio was a postdoc fellow at CSAIL, MIT, and he has also held visiting positions at the Department of Electrical Engineering and Computer Science of the Northwestern University (2006 and 2007) and Heinz Nixdorf Institut (2006). Marco D. Santambrogio is a senior member of the IEEE. Marco D. Santambrogio is a senior member of both the IEEE and ACM, he is member of the IEEE Computer Society (CS) and the IEEE Circuits and Systems Society (CAS). He is or has been member of different program committees of electronic design automation conferences, among which: DAC, DATE, CODES+ISSS, FPL, RAW, EUC, IFIP VLSI Conference. He has been with the Micro Architectures Laboratory at the Politecnico di Milano, where he founded the Dynamic Reconfigurability in Embedded System Design (DRESD) project in 2004. In 2011, he founded the Novel, Emerging Computing System Technologies Laboratory (NECSTLab – http://necst.it/), merging together the two previously existing labs: MicroLab and VPLab, and he is, since then, in charge of the laboratory.