Urbanization is reaching a new peak in the contemporary world with the rise of mega cities. Researchers try to make sense of these large urban areas using a variety of concepts. The class will review debates and present social science models of cities to analyse and compare contemporary developments.

General Overview Help Center Urbanization is reaching a new peak in the contemporary world with the rise of mega cities. Researchers try to make sense of these large urban areas using a variety of concepts. The class will review debates and present social science models of cities to analyse and compare contemporary developments. Globalization, Europeanization processes support the rapid developments of cities in different part of the world. Urbanization is reaching a new high in the contemporary world with the rise of mega cities (beyond 15 million inhabitants) such as Calcutta, Los Angeles, Dhaka, Cairo, Tokyo, New York, Shanghai, Mexico or Seoul. Beyond the modern metropolis, researchers try to make sense of these large urban areas using a variety of concepts such as the ‘postmetropolis’, ‘global cities’, and ‘global city-regions’. The class will review debates and present social science models of cities and metropolis to analyse and compare contemporary developments. How can do we study those cities when they become mega urban regions, does size matter and for what? Do we see the making of a vast urban world or by contrast beyond the apparent convergence of complex globalisation processes understood in relation to globalised capitalism, is it possible to identify masked differentiations and the strengthening of different urban worlds? How do we make sense of this urban world when cities are not independent units but have to be understood both in terms of territories, rootedness, and at the same time in terms of relations to take into account flux, mobility, circulations ? What is the relevance of social science concepts developed in the Western world to analyse the transformation of Lagos? To what extent may the systematic development of new forms of comparison between northern cities and cities from the South change social sciences and contribute to overcome the bias towards national comparison? For the time being, given current conditions of capitalism, political, economic, cultural and social questions are increasingly becoming urban questions. In the modern conception of the world/globalcity, characterised by size, the aggregation of housing, differentiated divisions of labour, and the density of interaction, several conceptions of cities exist which have become entangled and sometimes opposed to each other. These different conceptions underline different processes of integration: the material city of walls, squares, houses, roads, light, utilities, buildings, waste, and physical infrastructure; the cultural city in terms of imaginations, differences, representations, ideas, symbols, arts, texts, senses, religion, and aesthetics; the politics and policies of the city in terms of domination, power, government, mobilisation, public policies, welfare, education; the social city of riots, ethnic, economic and gender inequalities, everyday life and social movements; and the economy of the city : the division of labour, scale, production, consumption, trade..... Classic urban questions about inequalities, housing, government, integration, are combined with issues about the urban fabric, questions of mobility and rootedness, sustainable development and risks, the making of the cyborg cities, questions of social control and riots, urban culture, innovation and urban economic development. All video produced by Sciences Po for this Mooc are under Creative Commons (BY / NC / SA) Recommended Background The course is designed for undergraduates but it also will interest graduates and professionals concerned in urban issues. The course is organized in 8 sequences and displays multimedia contents (images, video, original documents). There will be also assignments that consist in participating to discussions related to theoretical models presented in the course based on case studies of your choice, and peer assessments on your contributions. Syllabus : Week #1 : Introduction, definition, urban questions and the use of models Week #2 : European cities and the weberian model of integration Week #3 : Colonial and post colonial cities Week #4 : Industrial cities (and Socialist cities) and Marxist models Week #5 : The American metropolis and the Chicago School, Week #6 : Post metropolis, fragments and differences Week #7 : Global cities and mega cities Week #8 : Smart cities and the sociology of science and technology 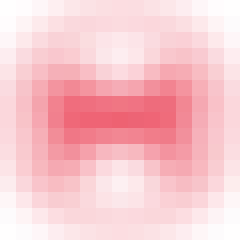 Founded in 1872, Sciences Po is France's leading university in the social sciences. For over 140 years, Sciences Po has educated decision-makers of the public and private sectors.

Sciences Po is differentiated by its strongly international character: of the 13,000 students in the institution, 46% are international students originating from 150 countries. Sciences Po also holds a high standard of social responsibility and continues to play a pioneering role in the promotion of diversity and equal opportunity in higher education. 30% of the student body receive financial aid at Sciences Po. In 2000, this number was 6%. Over the last decade, Sciences Po has integrated digital tools into its programmes (shared work spaces, eCourses, Moodle, online map library, Controversy Mapping, Forccast Project, etc.) and has naturally migrated towards MOOC teaching platforms as well as other innovative teaching methods.

This is one of the better MOOCS in Coursera. So relevant to my work and the discussions are thought-provoking. Hoping there is a sequel. All best.

Some difficult/dense concepts to take up, but a very good way to broaden one's view of what constitutes the future of this urban planet

So far the best course at coursera. The resource persons are superb. no words for the superb designing of the course.

Some very interesting perspectives. Concepts were clearly explained and examples were relevant.