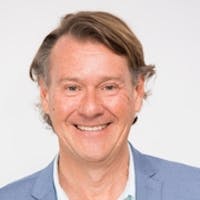 Academic Director and Professor, School of Life and Environmental Sciences

Steve Simpson is Academic Director of the Charles Perkins Centre and Professor in the School of Life and Environmental Sciences at the University of Sydney. After graduating as a biologist from the University of Queensland, Steve undertook his PhD at the University of London, then spent 22 years at Oxford before returning to Australia in 2005 as an Australian Research Council Federation Fellow, then ARC Laureate Fellow. Stephen developed an integrative modelling framework for nutrition (the Geometric Framework), which was devised and tested using insects. This has since been applied to a wide range of organisms, from slime moulds to humans, and problems, from aquaculture and conservation biology to the dietary causes of human obesity and ageing. He has also revolutionised understanding of swarming in locusts, with research spanning neurochemical events within the brains of individual locusts to continental-scale mass migration. In 2007 Steve was elected a Fellow of the Australian Academy of Science, in 2008 he won the Eureka Prize for Scientific Research, in 2009 he was NSW Scientist of the Year, in 2013 he was elected a Fellow of the Royal Society of London and in 2015 was made a Companion of the Order of Australia. Steve has also been prominent in the media, including presenting a four-part documentary series for ABC TV, “Great Southern Land”.

Easing the burden of obesity, diabetes and cardiovascular disease