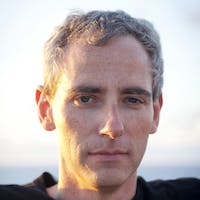 Bruce Holsinger teaches in the Department of English at the University of Virginia in Charlottesville. He is the author of A Burnable Book, a historical novel set in London in 1385 (forthcoming from HarperCollins and William Morrow early in 2014). He is the author or editor of six nonfiction books as well, beginning with Music, Body, and Desire in Medieval Culture, which garnered major awards from the Modern Language Association, the American Musicological Society, and the Medieval Academy of America. His work has been recognized with a Guggenheim Fellowship, and he is the recipient of research fellowships from the National Endowment for the Arts and the American Council of Learned Societies. Holsinger's scholarly books have been published by the university presses of Chicago, Columbia, and Stanford.

Much of Holsinger’s academic writing examines the persistence of the Middle Ages in the modern imagination, a subject that embraces the intellectual history of postwar France, the political rhetoric of the War on Terror, and the manuscript inheritance of the medieval world. This is a topic he’s pursuing in a book called Archive of the Animal, which begins with Shakespeare’s meditations on parchment and thinks about the central role of animal skin in the transmission and preservation of medieval writing. Holsinger has also written widely on modern culture (he is the co-author, with Mark Winokur, of The Complete Idiot’s Guide to Movies, Flicks, and Film), and in his classes he pushes students to recognize the endurance of medieval mentalities as they shape modern expressions of violence, power, and love.

Trained as a classical clarinetist, Holsinger graduated from the University of Michigan School of Music in 1989. He went on to pursue doctoral work in medieval literature and culture, earning his Ph.D. in English and Comparative Literature from Columbia University in New York. He spent the first nine years of his teaching career at the University of Colorado in Boulder.

Holsinger's blog, Burnable Books, brings together his passions for medieval studies and historical fiction. He will be blogging actively about his Coursera class in the coming months, and he can also be found on Twitter (@burnablebooks).

Plagues, Witches, and War: The Worlds of Historical Fiction