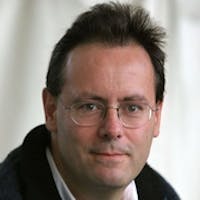 Dr Plesch is Director of the Centre for International Studies and Diplomacy at SOAS University of London. His books include, Human Rights After Hitler, America Hitler and the UN, with Thomas G. Weiss, Wartime Origins and the Future UN and the Beauty Queen's Guide to World Peace. He is currently engaged with UN agencies on public policy research on global governance reform and world disarmament. He recently co-edited a paper on world disarmament with the UN Office of Disarmament Affairs. He led a research group students who have successfully restored the role of women from the Global South in securing gender equality in the UN Charter. His publications in UN history have been praised as 'magnificent' by the inventor of Peacekeeping, former UN Under Secretary Brian Urquhart, and on the lost history of WW2 war crimes trials as an 'eye opener' by Ben Frencz a prosecutor of Nazis at Nuremberg. At the CISD he convenes the flag ship MA in International Studies and Diplomacy and led the Centre in introducting Online Masters programmes. Dr Plesch read history at Nottingham and obtained professional qualifications in social work and public administration from Bristol in 1979 and 1980, he then worked for non-governmental organisations focused on the abolition of nuclear weapons. In 1986 he founded the British American Security Information Council (BASIC) and directed it from Washington DC until 2001, when he became the Senior Research Fellow at the Royal United Services Institute for Defence and Security Studies in London. Academic posts since 1988 include Honorary Visiting Research Fellow at the Department of Peace Studies at Bradford University, Research Associate at Birkbeck College, University of London and Senior Visiting Research Fellow at Keele University. Outside academia, he has acted as consultant and advisor to the UK and US governments, the BBC, CNN, Sky News, Kroll Security International, Oxfam, the Foreign Policy Centre and Greenpeace. He was the independent advisor to the UK government's department of constitutional affairs on the implementation of the Freedom of Information Act. He gave the keynote address to the official conference on the London bombings of 7/7/05, and was invited to give a plenary address to the World Congress on Renewable Energy in 2006. Contributions to newspapers, include the New York Times, Washington Post, The Financial Times, The Times, The Guardian and the New Statesman.

Global Diplomacy: the United Nations in the World