Organising an Empire: The Assyrian Way

Organising an Empire: The Assyrian Way

Discover the mighty kingdom of Assyria, which came to be the world’s first great empire three thousand years ago. From the 9th to the 7th centuries BC, during the imperial phase of Assyria’s long history, modern day northern Iraq was the central region of a state reaching from the Mediterranean Sea to the Persian Gulf, and incorporating what is now Iraq, Syria, and Lebanon, as well as half of Israel, and wide parts of south-eastern Turkey, and Western Iran.

In its geographical extent, this state was unprecedentedly large, and the distinct geography of the Middle East, with deserts and high mountain ranges, posed challenges to communication and cohesion. What were the mechanisms that kept the Empire running? This course explores the methods the Assyrian government employed to ensure unity and maintain loyalty across vast distances, using traditional as well as innovative strategies. Some of these imperial techniques have marked parallels in the ways modern multi-national corporations are operating, others will strike you as profoundly alien. This course focusses on how the Assyrians organised their empire by analysing key aspects, namely: · The CEO – the king, a religious, political and military leader, who is charged to govern by his master, the god Assur; · Home Office – the royal palace in the central region and the royal court that form the administrative centre of the state; · The Regional Managers – the governors and client-rulers to whom local power is delegated; · Human Resources – the Empire’s people are its most precious assets, its consumers and its key product, as the goal of the imperial project was to create “Assyrians”; an approach with lasting repercussions that still reverberate in the Middle East today; and finally · The Fruits of Empire – it takes a lot of effort, so what are the rewards? When we explore these topics we will contextualise them with information about the lives led by ordinary Assyrian families. Taking this course will provide you with an overview of the political, social, religious, and military history of the world’s first superpower. It will give you insight into the geography and climatic conditions of the Middle East and contribute to your understanding of the opportunities and challenges of that region. It will present you with a vision of the Middle East at a time when its political and religious structures were very different from today. 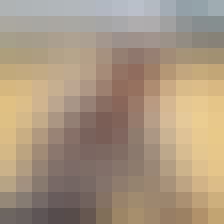 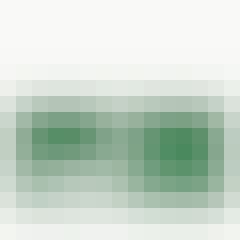 As one of Europe's leading research universities, LMU Munich is committed to the highest international standards of excellence in research and teaching. Building on its 500-year-tradition of scholarship, LMU covers a broad spectrum of disciplines, ranging from the humanities and cultural studies through law, economics and social studies to medicine and the sciences.

Meet the CEO: The Assyrian King

A Visit to the Head Office: The Royal Capital and Court

The Fruits of Empire: Expenses and Revenue

As others have written a very good course good set of lecturers. One of the more informative and well presented of the courses on offer here and a good start to farther study.

Thanks to Dr. Radner who has put together an amazing course on the Neo-Assyrian Empire. Her enthusiasm is contagious . I feel I learned a lot in the course.

Professor Radner, her staff, and the expert faculty that she had speak provided an amazing journey into a long gone government, society, and culture and made it seem alive.

Other courses on ancient history sometimes stay as mere chronicles and not a message. This course is different. It gives a strong emphasis on how ancient ideas are never ancient at all.