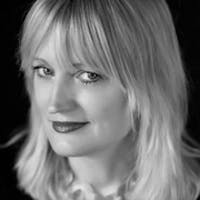 Dr Ros Barber is a lecturer in the Department of English and Comparative Literature at Goldsmiths, University of London. She is also Director of Research at the Shakespearean Authorship Trust. Her Shakespeare publications include 30-Second Shakespeare, known as Know-It-All Shakespeare in the USA (Ivy Press/Quarto Books, 2015), Shakespeare: The Evidence (leanpub.com/Shakespeare) and Bardly True (shakespeare-evidence.com). Her articles on Early Modern literary biography have been published in the Journal of Early Modern Studies, Rethinking History, Critical Survey and Notes & Queries. She was joint winner of the Calvin Hoffman Prize (awarded for a distinguished publication on Christopher Marlowe) in 2011 and 2014. She has also published authorship-question-related articles in London Magazine, The Huffington Post and The Conversation. A prize-winning novelist, her debut novel The Marlowe Papers (Sceptre/McMillan, 2012), written entirely in iambic pentameter, was winner of the Desmond Elliott Prize and joint winner of the Authors’ Club Best First Novel Award, as well as being long-listed for the Women’s Prize for Fiction (formerly the Orange Prize). Her second novel, Devotion (Oneworld, 2015) was shortlisted for the Encore Award. Her second collection of poetry, Material (Anvil, 2008) was a Poetry Book Society Recommendation. Her poetry is on the syllabus for 16-18-year-old English Literature students in the UK.

Introduction to Who Wrote Shakespeare