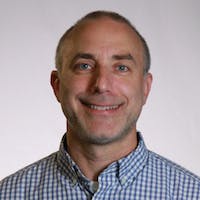 Jeffrey Fleisher is a Professor of Anthropology at Rice University, Houston, Texas. He received his undergraduate and graduate degrees in Anthropology from the University of Virginia. He taught at Lehigh University before joining the faculty at Rice University in 2007. In 2014, Professor Fleisher was awarded the Charles Duncan Award for Outstanding Academic Achievement at Rice University. Professor Fleisher’s research focuses on the ancient Swahili of the eastern African coast; his field research, based primarily in Tanzania, has involved archaeological surveys and excavations in ancient Swahili cities and villages. He has published widely on this research, in journals and books, and his recent project was highlighted in a 2014 article in *Archaeology Magazine*. Professor Fleisher’s current research is focused on the site of Songo Mnara in southern Tanzania, a UNESCO World Heritage Site, where he is examining the variable ways that the Swahili used public space.