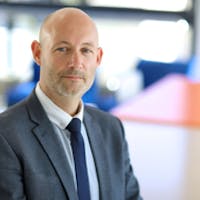 Fabien’s PhD in 2002 pioneered the joint use of distributed artificial intelligence (AI) and semantic Web to manage a variety of data sources and users above a Web architecture. Then, as a research project leader at Carnegie Mellon University (USA), he proposed an AI method to enforce privacy preferences in querying and reasoning about personal data. In 2004, recruited as a researcher at Inria, he started to study models and algorithms to integrate social media and knowledge based AI systems on the Web and support humans in the loop. In 2012 he became the representative of Inria at W3C and founded Wimmics, a joint research team of 50 persons (UCA, Inria, CNRS, I3S) including 10 full time researchers and professors on bridging social and formal semantics on the Web with AI methods. In 2014, Fabien became a research director (DR). Fabien successfully supervised 10 PhD, chaired major international conferences (e.g. WWW 2012 and 2018, ESWC 2015) and authored 23 journal papers, 136 conference and workshop papers, 2 books and 11 book chapters. In 2015 Fabien also initiated a series of bilingual MOOCs on the national FUN platform on semantic Web and linked data. In 2017 Fabien established and became the director of the joint research laboratory QWANT-Inria and he also became responsible for the research convention between the Ministry of Culture and Inria. In 2018 Fabien became Vice Head of Science of Inria Sophia Antipolis – Méditerranée.