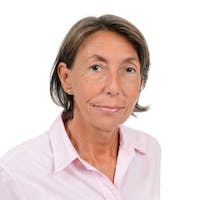 Cécile Brokelind is Professor of Business Law at the Department of Business Law of the School of Economics and Management, Lund University, Sweden. She has worked since many years as a teacher and researcher in EU/international tax law in Sweden (1995 onwards), after a start of career in France as editor for a French Tax Law review (1987-1989), then as a tax consultant in an international audit firm in Paris (1989-1992). She has initiated and is involved as a teacher in a one year Masters programme of European and International Tax Law since 2010, given in collaboration with the Faculty of Law, Lund University.

Cécile’s research carried out in Sweden initially dealt with group taxation in the EU and the analysis of the (then) Parent-Subsidiary Directive of 23 July 1990. Later on, some post doc projects involved studies on the implementation of the Euro (2001), the tax treatment of Royalties in the EU (2003-05) and the Implementation of EU tax law in the field of direct taxation by several member States of the EU (2006 onwards), taxation and Human Rights, (2013) taxation of Research and Development and State aid, and the principle of abuse of law in Swedish law with a doctoral student (current).

She is one of the founders of the Group for Research on European and International Taxation (GREIT), starting in Lund in 2006, together with Professor Ana Paula Dourado, Professor Pasquale Pistone and Professor Dennis Weber, and regularly contributes to the annual conference of this network involving most of EU tax law experts.